Proven Effectiveness and Results from the designers of the popular DSM Safety Banners.

An inexpensive and easy solution to avoid friendly fire tragedies.  Our products save lives!

Front and Back indicators quickly identify you to Law Enforcement.  High Visability Design and Colors.

Don’t take our word for it – here’s what our clients say:

This product will save lives!

I had learned of this company through their being the designer of the Don’t Shoot Me Banner, which was designed for Law Enforcement and other specialty groups. This one is primarily for non-law enforcement people, and as I had my CCW already, I found the process to be very easy. The thinking behind this type of product is just fantastic, if it saves on life then it’s totally worth it. If it saves my life, well, then all the better. Was very impressed with the SWAT Team background of the design group and I was pleased it was priced so reasonably. Easy to take out, easy to put back, I would absolutely suggest this product to anyone who thinks they might find themselves in a sketchy situation.

Neutralizing the threat, seeking cover, tactically reloading and deploying the ACCIID System to identify yourself to arriving law enforcement units.

The ACCIID System: This is a post shooting identifier in 99.9% of the time, however there may be times where you may want to pre-deploy the ACCIID System, where shots have not been fired but the police will arrive on scene, for example,such as the activation of a business or residential alarm that you might be checking on, there are others that you can probably also identify.

You’ve successfully defended yourself during an attack, now you must also survive the police arriving at your critical incident. Immediately let the police know that you’ve been the victim of a crime and want immediately identify yourself as such….that you’re the GOOD GUY.

A new innovated way to identify Armed Citizens/CCW Permit holders that have been involved in a critical incident where they may have had to deploy deadly force. This is liken to a flare gun where you are donning a brightly colored identifier to give police, at a quick glance who our victim is so that they have a bit more knowledge when they arrive on scene of your critical incident.

An inexpensive and easy solution to avoid possible friendly fire tragedies. During the critical incident, the bright orange chest and back indicators will immediately identify you and your location to police arriving on scene. Being a Known entity…. to avoid being identified as possibly an armed suspect.

During the critical incident, the bright orange chest and back indicators will immediately identify you and your location to police arriving on scene.  Being a Known entity…. to avoid being identified as possibly an armed suspect.

Currently the only CCW critical incident identifier that folds into it’s own wallet, that is the size of a smart phone.

All orders are required to be vetted, by uploading your current up to date concealed carry permit during our check out procedure.

Our products are only sold to shipped to vetted individuals, as you must upload a copy of your Concealed Carry Weapon Permit (many states will have different titles for the carry permit), if from a Constitutional Carry State and don’t have a permit, a letter from a law enforcement authority that states you are not a prohibited person and are allowed to possess a firearm or proof of a firearms purchase from a FFL dealer.

Because Critical Incidents are Frantic…

The ACCIID Banner is a revolutionary, innovative, and internationally recognized safety product designed to assist in identifying armed citizens who are involved in a critical situation.

Enjoy the best Design and Safety Functions combined together!

The ACCIID System, Armed Citizen Critical Incident Identification System is a revolutionary, innovative, internationally recognized safety product designed to assist in identifying armed citizens involved in a critical situation, giving the involved citizen 360 degrees of visible, reflective identification, preventing tragic events associated with friendly fire of blue on blue shootings. The ACCIID Banner is currently the only citizen safety product that is carried on your belt and utilizes one hand (support) deployment that give 360 degree visual identification. 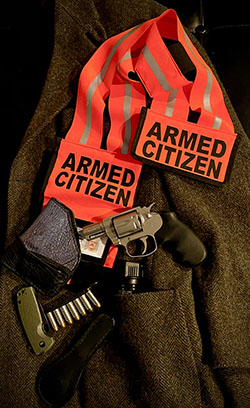 ALL PURCHASES VETTED FOR SAFETY!

We want you to know… Our Products are only sold and shipped to those with a Valid Concealed Carry Permit:

We perform serious vetting procedures on every order for every customer. This is how we know our products don’t fall in the wrong hands. EVER!

We'd love to hear from you! Use our customer contact form or the information below and we will contact you as soon as possible. 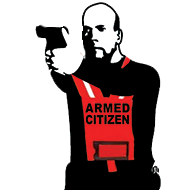 The Armed Citizen ID, like all Safety Banners are ONLY SOLD and SHIPPED to Vetted Citizens, meaning those with a current and valid Concealed Carry Permit, which must be provided to us during checkout.
Read More on Vetting -->

From the designers of the world renown DSM Safety Banner  (used by police agencies throughout the world), we introduce the ACCIID System, Armed Citizen Critical Incident Identification System. This product is for Post-Critical Incident Deployment – Specifically, putting the bad guy down, seeking cover, tactically reloading and deploying the Safety Banner to identify yourself to arriving law enforcement units.